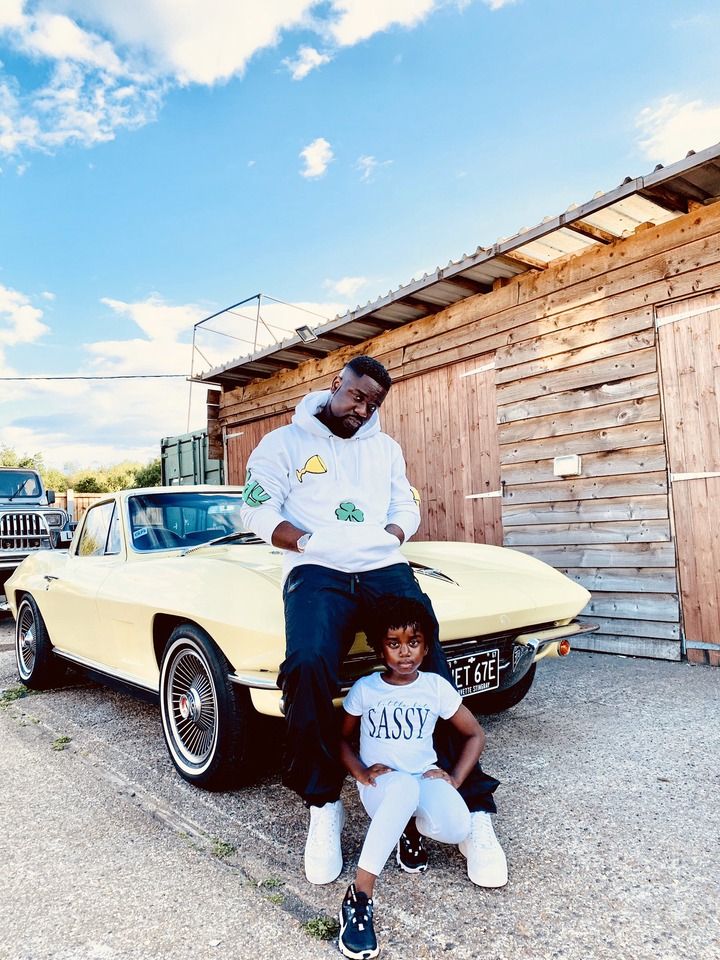 Sarkodie and Tracy’s new baby was first seen upon their Africa to the country couple of days ago, yet the face of the baby was not seen as fans all over the world was struggling to see how Fresh and Handsome Sarkodie’s Baby Is.


In a tweet made by the Rapper, He posted a picture of his newborn baby and a throwback photo of him and his father and captioned; #FathersDay Augustine Owusu Addo > Michael Owusu Addo > the “King” Michael Nana Yaw Owusu Addo Jr aka “MJ” 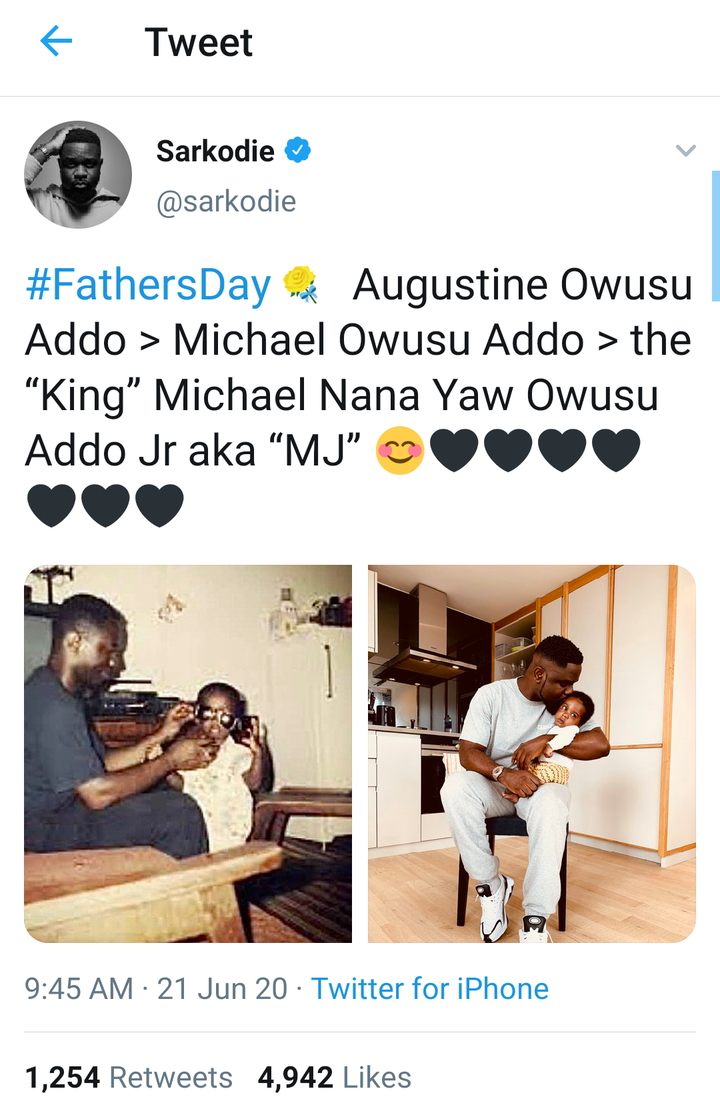 The Rapper also took the chance to reveal the name of his new baby as he says he’s called King MJ as his nickname and his official name is Michael Nana Yaw Owusu Addo.

See Photo of his Baby below 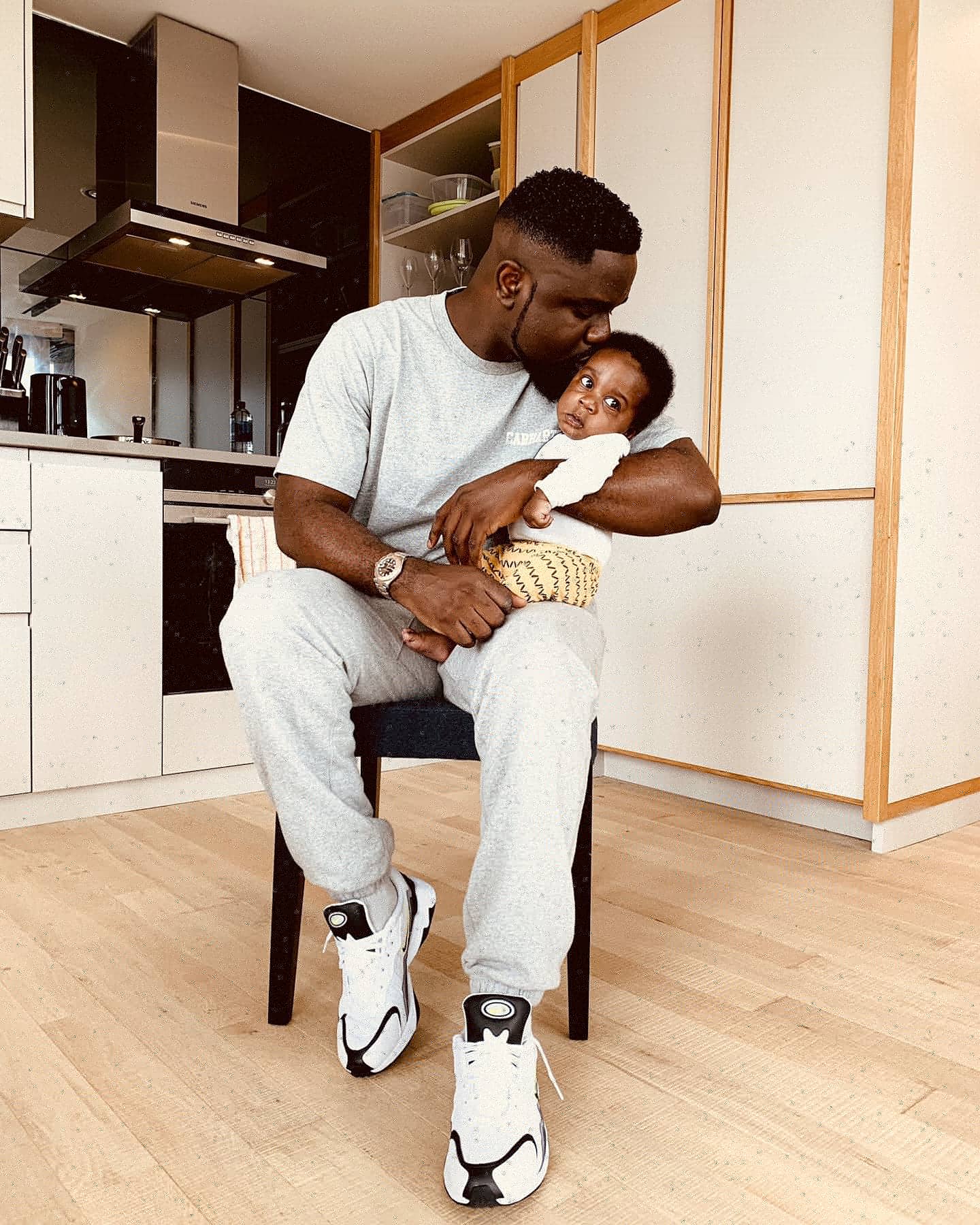 Sarkodie Lines Up His Fleet Of Expensive Cars In Latest Photos