My Girlfriend Is Pregnant, She Will Give Birth Soon – Patapaa Hints in New Video | Watch

‘One Corner’ hit singer, Patapaa Amisty has announced he is expecting his first child with his German girlfriend, Liha Miller this year.

The two have since been together for over 15 months now and their relationship is only growing stronger dad by day. 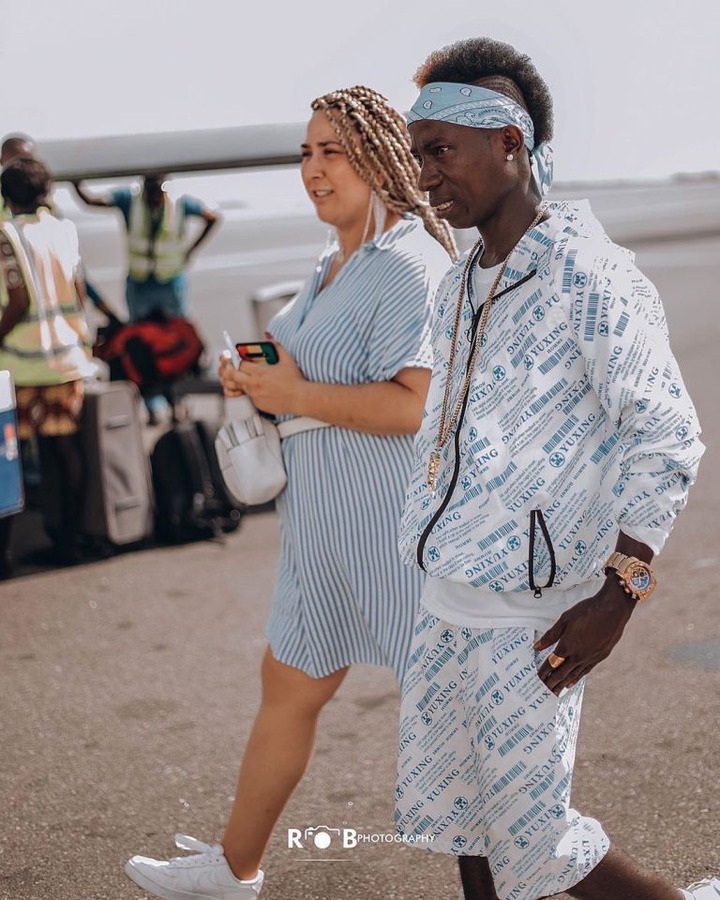 In a recent interview with Abeiku Santana, Patapaa revealed that he will be tying the knot with his German girlfriend later this year in Ghana.

According to Patapeezy, he is just waiting for his now pregnant girlfriend to deliver their first baby before he ties the knot with her officially.


He revealed this whiles reacting to initial reports which suggested that he had tied the knot with his German girlfriend in Germany, he said none of those reports are true.

the authorKingXuccess
Osrah is an entertainment Blogger at Nsemwokrom, who loves African Music. I want to visit Germany someday and also loves making new friends.
All posts byKingXuccess

Man Narrates How He ‘Mafia’ A Lady After She Refused To Sleep On The Same Bed With Him Despite Paying Her Flight, Hotel For One Week Vacation

A Wise man Once said, All the Fine Girls dey Ghana; Fans React to new Photos of Fantana