Home News 177 years old Mallam Nuhu says he will not die until he...

In an exclusive video trending on social media, the oldest man of our time was interviewed by Ebo Safo, and he made a lot of revelations about himself.

According to him, he tutored Apostle Safo Kantanka when he was very young, during a time where he took him as his own son, and stayed with him at his village in Sehwi, in the Western part of Ghana.

He made it known that, before meeting Kantanka, he saw him using sticks to design cars, helicopters, planes and other amazing artefacts.

After staying with me for a while, he requested to move to Accra to seek greener pastures in which I agreed. He came back to my village again after four to five years and told me that he has gotten some plot of land in Accra to start his work.

After leaving, I have not seen him again after many years. Am 177 years of age, and if I don’t see him, and even Angel of Death comes to my doorstep, I will beg him to wait until I meet Apostle Safo.

Mallam Nuhu during the interview also taught us all how to live a long-lasting life free from any stress.

Apostle Dr. Kwadwo Safo Kantanka is a mysterious person, but a great man to have surfaced on the earth in which a lot of people have witnessed his great work.

 He is a preacher, inventor, innovator, Physicist, Chemist, Biologist, agriculturalist, philanthropist and the Star of Africa. 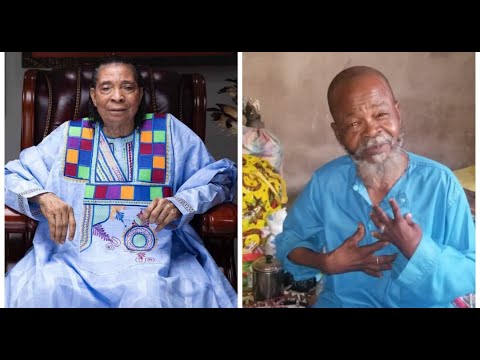 Kweku Baako reveals the identity of the person who recorded Akufo-Addo’s alleged bribe video, says He was Dismissed by Anas

Funny Face ‘grinds’ the backside of a woman buying tomatoes &...

Young lady cycles around London without clothes for charity ( photos)

‘Smart Guy’ Shatta Wale Campaigns For The NDC In Jomoro With...

Man climbs a telephone mast at Asenua, refuses to get down...

Funny Face ‘grinds’ the backside of a woman buying tomatoes &...

Young lady cycles around London without clothes for charity ( photos)